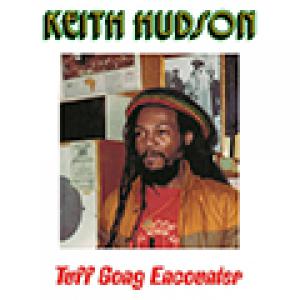 17 North Parade/VP Records ends 2015 with 'Tuff Gong Encounter'; not a reissue, but an unfinished and never published album by Keith Hudson. As the title suggests, for 'Tuff Gong Encounter', Keith took to the Tuff Gong Studio in Kingston where he joined forces with The Wailers (Aston 'Family Man' Barrett, Carlton Barrett, Tyrone Downie and Junior Marvin). Much of Hudson's work is a little on the dark side and that's either to your taste or not; that doesn't apply to the tracks on 'Tuff Gong Encounter' however, which is really a good old-fashioned roots reggae album. As mentioned earlier, because of Hudson's sudden demise in 1984, this project, initially still called 'Rebel Rasta', remained unfinished, resulting in a track list of no more than six songs. In order to be able to present something that resembled a complete album 17 North Parade/VP Records contacted none other than King Jammy to create dub versions those same six tracks. More than just a nice extra, his dubs really are the icing on the cake where this release is concerned. For the vinyl lovers among you we'd like to add 'Tuff Gong Encounter' is also available on two LPs ('Tuff Gong Encounter' and 'Jammys Dub Encounter').