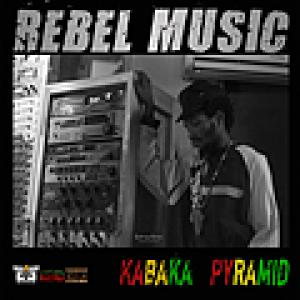 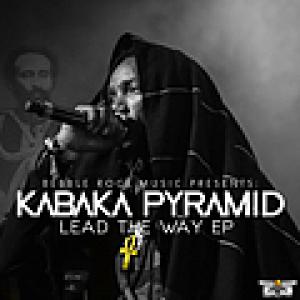 High time to introduce you all to Keron Salmon aka Kabaka Pyramid ("kabaka" is a Ugandan king title). For those of you who still need to get know this young Kingstonian talent, the 2011 'Rebel Music' EP is definitely a good introduction. The ten track EP can be downloaded for free on Kabaka's Bandcamp page and contains a few highly catchy tracks like 'Free From Chains' or 'Feel Di Vibes' (over Steel Pulse's 'Blues Dance Raid') illustrating Kabaka's lyrical abilities ("Obama rise to power, half black and half white. Them a deal with him as if he's half Mohamed, half Christ" from 'Prophecy').

Pyramid, who blends influences from hip-hop with reggae and dancehall, confirms his talent with the brand new 'Lead The Way', that with its thirteen tracks can hardly be considered an EP. Kabaka's vocal style is somewhat reminiscent of that of Protoje with whom he recorded the duet 'Warrior' (Pyramid also collaborated with Protoje's Indiggnation Band on several occasions). From a musical point of view 'Lead The Way' sounds slightly more commercial than 'Rebel Music', but titles like 'No Capitalist', 'Teach Di Youths' and 'Liberal Opposer' prove otherwise. Top tracks are 'No Cliché' over a revamp of the Heavenless riddim and the solid ganja tune 'Herb Defenda'.