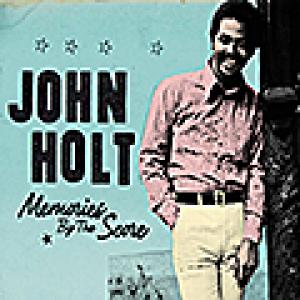 For music lovers, the Christmas and New Year period equals the release of scores of limited edition compilation boxes filled with goodies and 17 North Parade/VP Records do their bit with 'Memories By The Score', a box containing 5 discs and provides an overview of John Holt's 5 decades spanning career. Just over a year ago the reggae crooner lost the fight with cancer and glancing at this compilation one can only be impressed by the amount of hits ('Strange Things', 'Stick By Me', 'Police In Helicopter', 'Hooligans Change Your Style', 'Up Park Camp', 'Wear You To The Ball', 'Stealing Stealing'...) the man produced over the course of his career. That being said however, this anthology is not completely beyond reproach (the track list is largely filled with Bunny 'Striker' Lee productions and ignores hits like 'Ali Baba' or 'Lady Love') and isn't quite unique either as in 2005 there was already the Jet Star produced 'His-Story', a four disc box with largely the same track list as this VP-release. Appearance also matters though and we have to admit, visually 'Memories By The Score' is a true gem; something that couldn't be said of the rather sober Jet Star box. For those looking for some background information on Holt's career there are finally the excellent liner notes by Harry Wise illustrated with a number of rare photos. Worthy tribute to the godfather of the lovers rock!