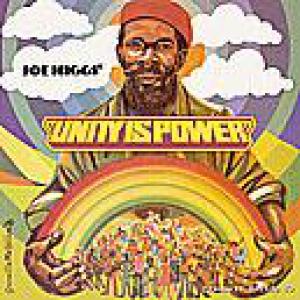 In this day and age, Joe Higgs is mostly remembered for being the musical mentor of The Wailers. He also tried to build his own musical career back then but that path wasn't really paved with rose petals. Higgs' life reads like a Greek tragedy and proved to be filled with disappointments and unfortunate setbacks. Joe's music can't really be categorized under one specific genre which made him rather difficult to market as an artist. In his own words: "People will always be ahead of people. Some walk, some run, some creep. I'm not concerned about success. My Music Is My Teacher. But it's not good to be ahead of time, because life is a progression". His appetite for diversity is also reflected on 'Unity Is Power' as next to solid reggae songs ('Vineyard', 'Devotion', 'One Man Kutchie'), the album also contains soul (title track 'Unity Is Power') and crooner ballads ('Sadness Is A Part Of My Heart', 'Small World').