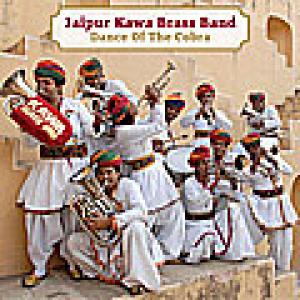 Those who wonder where Red Baraat got its inspiration from should definitely check out Jaipur Kawa Brass Band's 'Dance Of The Cobra'. This Indian brass band was founded by tabla player Hamid Khan in the second half of the 1990s and, apart from gypsy musicians from Rajasthan, also includes a Kalbelia dancer and even a fakir in its ranks. The title of the album refers both to a traditional Kalbelia dance as to the fact the Kalbelia are known as gifted snake charmers. For the music on 'Dance Of The Cobra' Hamid sought inspiration in Bollywood soundtracks, Indian pop and folk and classical Indian music. This is one cobra whose bite should not be feared!