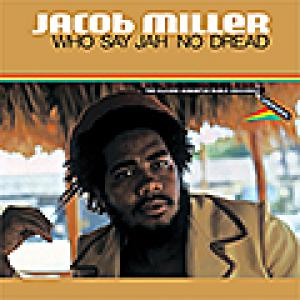 There's certainly no lack of re-releases in reggae, but reissues of classic albums aren't always a surefire hit. Sometimes it's just about making a fast buck and that of course at the expense of quality. The fact you can also handle things differently Greensleeves proves with the reissue of Jacob Miller's 'Who Say Jah No Dread', the classic 1992 compilation made up of singles produced by Augustus Pablo. For this re-release the original track list of that album was extended with no less than 12 tracks, going from instrumentals over dubs to deejay-versions, some of which never before appeared on CD (check out 'Some Of Them Say Them A Rasta' for example, the first official release of a song Miller recorded as a special for King Tubby's Hometown Hi-Fi). A must for all Miller fans and those fond of the sound of the melodica-king. The absolute icing on the cake is the fact Greensleeves has also thought of vinyl lovers, as for them there's 'Who Say Jah No Dread 7 x 7', a box set containing 7 singles!