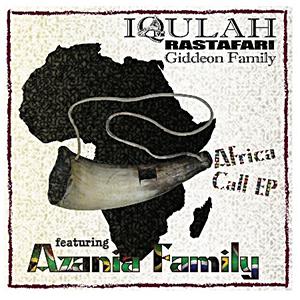 Even though they aren't a familiar name in the West as yet, this band from Nyanga, a township near Cape Town and the brainchild of bassist and band leader Wakhile Xhalisa and keyboardist Raymond 'Ricky' Bushula, is already a local legend in South Africa. The collaboration yielded three deep roots tunes with a South African touch. In opener 'Burn Artificial Borders' IQulah rightly raises the point that the current migration crisis is still largely the result of the decisions made during the 1884 Berlin Conference, when Belgium (Congo), England (South and East Africa), France (North and West), Germany (Namibia, Cameroon, Togo and Tanzania), Italy (Libya, Somalia and Eritrea), Portugal (Angola, Mozambique) and Spain (South of Morocco) divided the entire African continent amongst themselves as if it was nothing. 'No Man No Higher Than Jah' is a hymn to the Most High with a nice contribution in Xhosa by vocalist Ntuthu Nyiki, and closing track 'Strength Of Life' is a repatriation tune, in which the cello of IQulah's empress Sarah Graham can also be heard. Excellent EP!