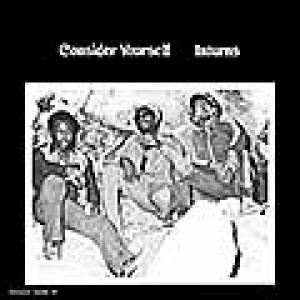 The Pressure Sounds label welcomes the New Year with a reissue of 'Consider Yourself', the debut album by vocal trio Inturns recorded in 1978 for Phil Pratt's Chanan-Jah label. If that doesn't immediately ring a bell, we'll gladly add Inturns was just one of the many aliases (see also The Brothers, The Hot Tops or Truth Fact & Correct) The Viceroys recorded under and 'Consider Yourself' was reissued ad 'Ya Ho' in 1985. In fact this is the very first time this album is reissued in its original version including the original cover art (showing a rare image of an otherwise camera shy Phil Pratt). If you purchase the CD version of the album you'll get an added two more bonus tracks in the form of 12 inch mixes of 'Detour' and 'Nothing Is Impossible'.