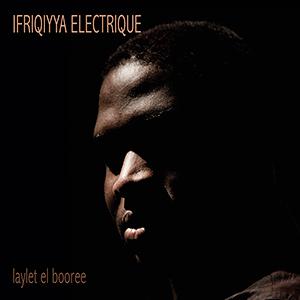 Ifriqiyya Electrique will probably never really be our cup of tea, as their sound, a mix of the trance rhythms from the Banga ritual of the descendants of African slaves in the oases of the Sjott el-Djerid in South-Tunisia and Western electro/punk rock was just a bit much for our delicate ears. Of course this does not alter the fact that this remains an extremely fascinating musical experiment. On this second album, 'Laylet El Booree' (which translates from Ajami, the original language of the Hausa slaves, as "night of madness"), the band focuses on the concluding part of the Banga ritual; the moment when the spirits take possession of the bodies of the people present. Just like that part of the ritual itself, this album sounds even rawer and more hectic than its predecessor. New to the band is Fatma Chebbi who, with her vocals, adds a feminine touch, as well as some krakeb percussion. Ifriqiyya Electrique describes its music as a "post-industrial ritual", and we couldn't agree more.