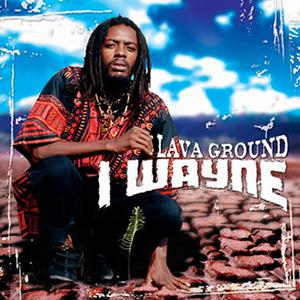 I Wayne has to be the most hyped Jamaican artist since Sizzla came on the scene and one has to wonder if the end result has been worth all the fuss. We have to admit however that with 'Lava Ground' I Wayne delivers an impressive debut album, once again giving roots reggae the attention it deserves. I Wayne shows the necessary respect for the greats in the history of reggae; 'Don't Worry' is a superb track on yours truly's favorite Bob Marley riddim: Waiting In Vain, 'Nah Draw Nil' flows nicely over Gregory Isaacs' Number One riddim and for 'Touch Her Softly' I Wayne used Dennis Brown's Revolution riddim. Hits like title track 'Lava Ground' and especially the fantastic prostitution tale 'Can't Satisfy Her' need no further introduction. With their "Lava!" battle cry I Wayne and his Loyal Soldiers also seem to have found a fierce alternative for Capleton's eternal "More Fire!". Lava!