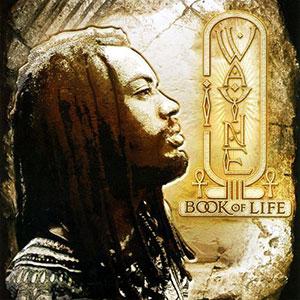 Back in 2005 I Wayne was still hailed as one of the fastest rising stars in the Jamaican roots scene. With his debut album 'Lava Ground' he scored a number of hits, but afterwards things went quiet again. Sequel 'Book Of Life' follows the trend of other recent releases on the VP label (Tarrus Riley, Gyptian, Duane Stephenson), resulting in an unbalanced album featuring a few tunes with seriously hit potential ('Free The People', 'Annihilation'), but unfortunately also containing r&b infused reggae like 'Book Of Life' or 'Need Her In I Arms'.