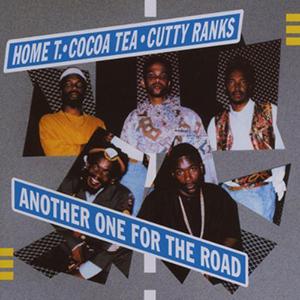 Of the three artists on this album, Cocoa Tea is still most active. Cutty Ranks still released the comeback album 'Back With A Vengeance' back in 2001, but Home T. has been silent for years now. Three the hard way they call this in Jamaica, referring to three artists sharing one album. 'Another One For The Road' dates back to the early 1990s and that means bad fashion (just look at those sleeve photos) and digital beats, but the album also contains some great cover versions (Four Tops hit 'Ain't No Woman Like The One I've Got', here in Home T.'s version and 'Alien', a remake of James Brown's 'Living In America').