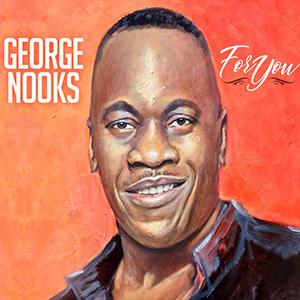 He's definitely left his years as Prince Mohammed behind him, and in the past decades George Nooks may have shown himself to be a gifted gospel singer, but until further notice the man also remains one of the best lovers rock crooners in Jamaica, as he proves yet again with 'For You'. In the track list a mix of new songs ('How Long', 'I Remember You'), covers of classics from reggae (Dennis Brown's 'Someone Special' and 'Love Light', 'My Heart Is Gone', to be found in countless versions by, among others, John Holt, Ken Boothe, Al Campbell, Prince Buster and Tony Sexton, and finally 'Give My Love A Try', as 'Give Love A Try' already immortalized by, among others, Pat Kelly and Delroy Wilson), country (the somewhat mellow 'Let's Make Love' by Faith Hill and Tim McGraw) and soul (Al Green's 'God Bless Our Love', or 'Don't Burn Your Bridges', originally 'Don't Burn Your Bridges Behind You', also immortalized as a lovers rock ballad by Susan Cadogan, but originally recorded by Ecstasy, Passion & Pain) and here and there a tune over a well-known riddim ('Over You' is a version over The Heptones' Party Time riddim, and 'Chance Of A Lifetime' is a revamp of the My Girl riddim, known from the eponymous song by The Techniques, Marcia Aitkin's 'My Man' or even Tippa Irie's 'War'). Absolutely recommended for fans of the genre and without a doubt the best lovers rock album you'll be able to get your hands on this year!