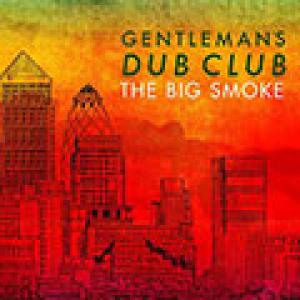 The members of Gentleman's Dub Club may all hail from the Leeds area, their new long player is a tribute to the British capital nonetheless, as album title 'The Big Smoke' is one of the nicknames for London. In our review of their 'FOURtyFOUR' album, we compared their sound with that of Easy Star All-Stars and like their countrymen The Skints, Gentlemen's Dub Club now also joined forces with US based Easy Star Records. On 'The Big Smoke' the seven-piece band serves 11 excellent tracks (9 vocal cuts and 2 instrumentals, in that last category make sure to check the excellent 'Nocturnal' for which the band invited saxophonist Josh Arcoleo) once again offering that familiar mix of roots and UK steppers we already encountered on 'FOURtyFOUR', even though the dubstep and ska on that album seem to have vanished here. With 'The Big Smoke', Gentleman's Dub Club confirms our trust and remains one of the most promising English reggae projects of the moment!