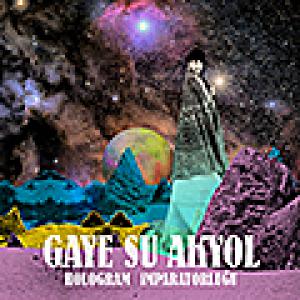 'Hologram Imparatorluğu' is the second album by Turkish singer-songwriter Gaye Su Akyol (daughter of painter Muzaffer Akyol). Talking about her influences, Akyol, describing her sound herself as Turkish art rock, cites both the traditional Turkish music she heard on the radio and television, but also the grunge of Nirvana and especially the psychedelic rock of Jefferson Airplane. In her lyrics you'll find the poetic romanticism and melancholy often present in Turkish music, but she doesn't shy away from criticizing the current political regime in her country either ("You sold us out well!/you have a palace, but it's just empty four walls./Possessions mangle mortals."). We would even dare to add that the title of the album, 'Hologram Imparatorluğu' or "holographic empire", is in fact a dig at Erdogan's Turkey where a lot is based on appearances.