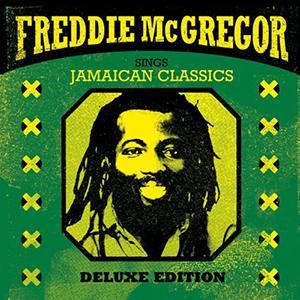 Who better than Freddie McGregor to cover some of the most famous Jamaican classics? As many as three albums McGregor already filled with these classic tracks, songs like Winston Francis' 'Mr. Fix It', Ken Boothe's 'Moving Away' or Junior Byles' 'Curly Locks', and now VP Records has put a selection of the best tracks on one special double CD compilation. Need it be said that 'Sings Jamaican Classics: Deluxe Edition' is an absolute treat to the ears?