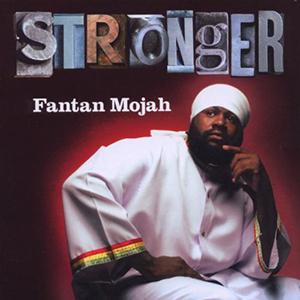 After his well received 2005 debut effort, 'Hail The King', Fantan Mojah, the imposing singjay with his inseparable backpack, went suspiciously quiet again. 'Stronger', the title of his new album, makes allusion to that situation: Fantan is back and stronger than ever! But is this really true? 'Stronger' is far from a bad album and with songs on almost all hit riddims of recent years ('Stronger' on Jah Powers, 'Can't Frame I' on the Judgement Time riddim or 'So Many Problems' on Rocking Time), it's difficult to go wrong, but it's also these riddims that make the album appear somewhat like a single collection. Although this undoubtedly is one of the stronger releases of 2008, 'Stronger' misses the cohesion of a real album.