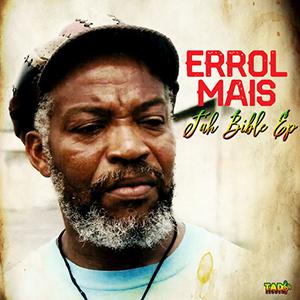 The name Errol 'Don' Mais may not immediately ring a bell, but in the late 1970s this Jamaican producer ran his own Roots Tradition label from Greenwich Town or Greenwich Farm in Kingston. Apart from productions for artists like Earl Zero, Phillip Frazer/Fraser, Sammy Dread, Michael Prophet and Little John - if you want to check that work out, try acquire a copy of the 1997 Munich Records compilation 'Don Mais Presents: Roots Tradition From The Vineyard' - together with Scientist, between 1976 and 1979 Mais also produced the excellent dub album 'King Tubby's Answer' (re-released by Blood and Fire in 1996 under the title 'Dub In The Roots Tradition'), and Errol also occasionally recorded his own songs under the name 'Jah Bible', part of which can be found on 'Read Up Jah Bible', his only solo LP. These days Errol lives in Linstead, is still active and re-recorded a number of tracks from 'Read Up Jah Bible' (opener 'Read Up Jah Bible', 'Blood Of The Saint', probably better known in Phillip Frazer/Fraser's version) for this 7-track 'Jah Bible' EP, supplemented with a number of new tracks ('Yard So Rough & Tough', 'Plant Mi Sencimeni') and a version of 'A Love I Can Feel', here simply 'Love I Can Feel'. Recommended for fans of old school roots and classic riddims like Bobby Bobylon, Heavenless, Answer, Real Rock and of course A Love I Can Feel. Thanks to Steve Barrow for the help in finding the necessary biographical information!