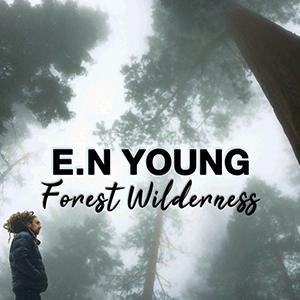 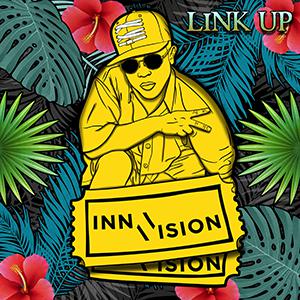 The past few months, American producer, singer-songwriter and musician E.N. Young's Imperial Sound Recording Studio has been buzzing with activity, as with 'Forest Wilderness' E.N. not only recorded a new album of his own, but he also immediately produced 'Link Up', the new long player by Hawaiian Inna Vision.

Just like its predecessor, 2016's 'Call On Me', the 9 track 'Forest Wilderness' (8 if we don't include ambient intro and title track 'Forest Wilderness') is rather an EP than a full-fledged album, but with E.N. Young you can always be sure he'll opt for quality rather than quantity. As a melodica enthusiast E.N. is of course a big fan of Augustus Pablo, making 'Melodica Torch', a combination with Pablo's son Addis and one of the best tracks on the album, sort of a dream come true. This time, Young invited a guest for just about every song in the track list, and the chemistry with his invitees definitely creates fireworks here and there. Take 'Pay Attention' (anyone who wanting to hear Jah's voice should also want to listen) with Jamaican veteran Half Pint for example, or 'Nature Lift', a combination with Kelissa and an ode to nature, but our absolute favorite on 'Forest Wilderness' is 'Wake Up', in which Peetah Morgan proves he can still blow everyone away with his voice. That being said, guitarist Kyle Ahern and hornsmen Eric Hirschhorn - saxophone, Josh Molle - trombone, and Harry Ostrander - trumpet, certainly deserve some of the credit for this track (see also the almost equally impressive 'Cool Love').

One of the guests on E.N Young's 'Forest Wilderness' is Inna Vision ('Forward Livity') and he decided to linger at the studio to finish his own 'Link Up' album.

As the sleeve image of 'Link Up' already indicates, Hawaiian Inna Vision has been reduced from a band to a one-man project around founder, bassist and vocalist Koa Lopes. As a warm-up for this album, Inna Vision released the 5 track 'Highest Grade' EP last year, and all of the tracks from that EP can also be found on 'Link Up', so where those songs are concerned we'd like to refer to our review of said EP so this time we can limit ourselves to the new tracks. In opener 'Survivor', Inna Vision actually refers to his own situation, suddenly finding himself without his trusted band mates, but determined to soldier on. Anyone who wants to hear Inna Vision's entire bio on rhyme should definitely check out the catchy hip-hop track 'O.G. I.V.'. 'Close Your Eyes' is an excellent love tune, and in 'The Dollar', Inna Vision asks not to judge street hustlers in the ghettos too harshly as they're only doing what they're doing to get food on the table. 'Revolution' is a revamp of the eponymous Dennis Brown classic, for which Vision also invited Josh Heinrich, former front man of Jah Roots, a reggae band from Springfield, Missouri, and Texan SkillinJah aka Baddaflexx. Boom tune! The more hip-hop flavored title track 'Link Up', a duet with Chicago hip-hop and trap artist Rick Haze, wasn't really our cup of tea, but until further notice Inna Vision remains one of our favorite American reggae artists.