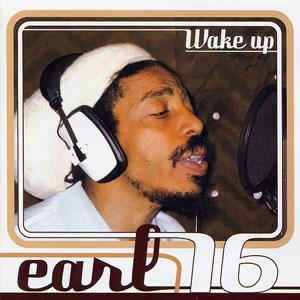 It looks as if the title of this new album by Earl Sixteen (also known as the voice behind Dreadzone and Leftfield) is meant as a cynical inside joke as it had indeed been a while since his last album release. With 'Wake Up' Sixteen makes up for that without apology. Once again Earl collaborated with his old buddy Mad Professor and for the instrumental portion of the album he called on Jamaica's legendary riddim twins Sly & Robbie. The twelve songs in the track list range from pure roots to poppy lovers rock, but are clearly all tailored to Sixteen's velvety voice. Earl Sixteen is still one of the best reggae voices; high time to wake up and (re-) discover him!