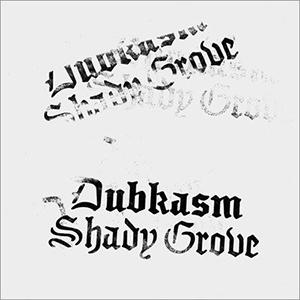 If on predecessor 'Rastrumentals', Digistep and DJ Stryda were still exploring the musical legacy of Charles, Digistep's father, for 'Shady Grove' the focus has shifted firmly back onto their home town of Bristol. In 10 tracks the duo honors places and figures that held or still hold a special meaning in the musical (read: reggae) history of the city or for them personally. Title track 'Shady Grove', for example,  refers to an illegal community center in St. Paul's, actually no more than a room with a pool table, sealed by the police in 2016, Blood Shanty plays drums on 'Go Deh Drummie', a tribute to drummer Prince Green, for years an indispensable figure in St. Paul's, with 'Malaap Dub' the duo pays tribute to the Malaap Club where Dr. Gaffa of Armagideon Sounds held his fortnightly Club Dub nights for a while (in analogy with the Dub Club nights in London), and 'Tarzan the High Priest' is an ode to Bristol's first sound system. Musically the one this results in a dub adaptation of 'Enter The Gates' (title track 'Shady Grove'), then in an Aswad-like dub that could have come straight from the nineteen nineties ('Magnum', a salute to Magnum 104 FM, for years one of Bristol's most popular pirate radio stations) and elsewhere translates into classic dub ('Ajax Blues', an ode to the legendary Ajax blues club, where Stryda spent a lot of evenings in the nineteen nineties, be it behind or in front of the turntables), really giving the listener the impression he's taking a musical walk through the Bristol of the past decades. Excellent dub album and an ideal introduction to Bristol's reggae and dub history and that of St. Paul's in particular!