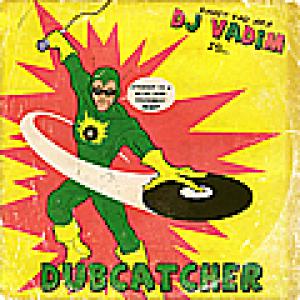 Reggae superhero Major Lazer gets the company of a colleague in the form of Dubcatcher, a creation of DJ Vadim (born in Saint Petersburg, Russia but these days active in London, Berlin and New York) and the title of a reggae-inspired album that is the first part of a diptych (the second album, 'Soulcatcher', will focus on soul music). For the vocals Daddy Vad collaborated with a series of well-known (YT, Taru Ranks) and lesser known (Governor Tiggy, Demolition Man aka Ras Demo, Katrina Blackstone) reggae voices, supplemented with the hip-hop flavors of rappers like Jimmy Screech and Dynamite MC and that results in a successful tribute to the genre with a predominant rub-a-dub vibe.