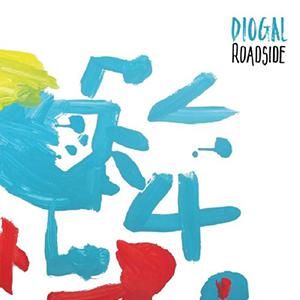 Diogal is a Senegalese singer-songwriter and sound engineer based in France, performing his lyrics in Wolof over a mix of the rhythms from his homeland (the djembe and talking drum in 'Nopp') and Western singer-songwriter pop, nu-folk and classical music (opener 'Retiou' and 'Wote', in which Chris White's cello was given a prominent role, reminiscent of the collaborations between Ballaké Sissoko and Vincent Segal). With 'Roadside' Diogal wanted to sympathize with: "... the many people left by the roadside. Wars, poverty and exclusion... between peoples, but also within the same society, or in the same family, injustice is often the fruit or individualism. We tend to always want more and stay insatiable. Humanity and the entire planet suffer. Let us rediscover the human values of benevolence, mutual help, sharing and cooperation. Let us learn to live together, take care of one another and open our eyes to all the positive things that life on Earth offers us.". The content of the songs on 'Roadside' reflects that same message. In 'Fiire' Diogal warns against jealousy, and in the same vein is 'Yene', urging he listener to have the best interest of others at heart. 'Fale' is about actively contributing to create a better world, so we'll finally be able to live together in harmony like in 'Wote'. The only exception in the track list is closing track 'Hommage À Ali Farka Touré', a tribute to the grand master of the desert blues. Listening to the intimate songs on 'Roadside' almost feels like lying in the grass near a small creek gently flowing by, making this album the perfect soundtrack for a sunny Sunday morning.