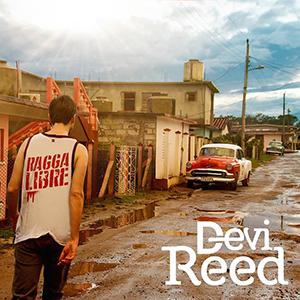 After 'Essence Of Life' his tasty solo EP from last year, ex-The Banyan front man Devi Reed travelled to Cuba for 'Ragga Libre'. The title is, of course, a nod to the Cuba Libre, a cocktail that quickly gained popularity when Cuba gained independence in 1902 after the Spanish-American war. In Havana, Devi collaborated with local musicians and upcoming hip-hop talents like El Individuo ('Move And Smile') and Yia Calibre (title track 'Ragga Libre', undoubtedly the most catchy song on this album). It resulted in a track list effortlessly merging reggae and ragga with hip-hop and influences from the rich Cuban music tradition, with Reed alternating between English and French, and his guests adding vocals in Spanish. The album concludes with two electro-dubstep remixes of title song 'Ragga Libre' and 'This Woman' by beat maker Tamal, with whom Devi Reed already collaborated for 'Essence Of Life'. Our personal favourite from the track list? 'Tout Ira Bien', in which Devi tells his own story, concluding that, as long as he continues to believe in himself, everything will be alright in the end. Jamaica meets Cuba meets France in combination with Devi Reeds' ever impressive flow... Highly recommended!