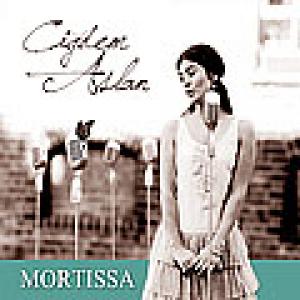 Rebetiko might sound a tad melancholic to Western European ears (the genre wasn't nicknamed "the Aegean blues" for no reason), in Turkey and Greece it still provides musical liberation for the lower classes and in the light of the events in both Greece and Turkey (the album is dedicated to all "mortissas" who stood their ground during the protests on Taksim Square) it's perhaps only fitting Çiğdem Aslan, a young singer of Kurdish-Alevi origins, is giving the genre a new wind. Rebetiko emerged in the Ottoman Empire of the nineteen twenties and can roughly be divided into two sub-genres: on the one hand, Greek, bouzouki-driven, rebetiko, and, on the other, its more Oriental brother smyrneika. In the track list of 'Mortissa' ("strong independent woman") we find songs like 'Pane Gia To Praso' ("looking for leeks"), a hidden ode to hashish, 'Ferece', the supplication of a woman who wants to escape the grip of the veil and 'Çakici', focusing on outlaw Mehmet Efe. It will therefore come as no surprise that during the nineteen thirties this "rebellious music" was heavily censored and even banished in both Turkey and Greece!