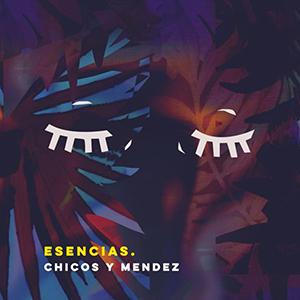 Exactly three years after the release of their debut EP '¡Siempre De Pie!, Chicos Y Mendez, the project around Belgian-Peruvian singer-songwriter David Mendez Yepez and composer/guitarist/keyboard player Thibault Quinet aka Tito, presents a first long player. Album title 'Esencias' can be translated as "essentials", but also as "extracts" or "solutions". Each song in the track list tells its own story in which Chicos Y Mendez often try to re-humanize what is dehumanized. A nice example is 'Reggaeton Feminista', a song in which Flavia Coelho provides a feminine and Brazilian touch, and an indictment of the absurdity of gender inequality. The fact Chicos Y Mendez opted to make this a reggaeton tune, is by no means a coincidence, as this genre is often inherently linked to typical Latin American machismo. The song is also accompanied by a provocative clip for which David drew inspiration from classical depictions of 'The Last Supper', but replaced the central Jesus figure with that of Mexican artist Frida Kahlo (a role that Mendez took on himself), flanked by 12 female apostles. Opener 'Mi Ciudad', stylistically somewhat reminiscent of Manu Chao's mestizo, is a song in which David on the one hand expresses his love for his hometown Brussels, but also sings about the beautiful and ugly sides of other world cities. In the same vein is the funky 'Parte De Mi', an ode to David's Latin American roots. The characters from the jazz and hip-hop flavored 'Ils Dansent' (for which Chicos Y Mendez invited the classically trained singer Farah El Hour), about two asylum seekers who fall in love, might as well be extras in 'Mi Ciudad', and in the rock-flavored 'Proliferamos' Mendez Yepez warn the old continent of Europe: whether we like it or not the future will be multicultural! Lighter in tone is 'Porque', a song about passionate love, and the seize-the-day-message of 'Respira', a song with influences from musica andina, is also sure to put a smile on your face. Excellent long plare debut!