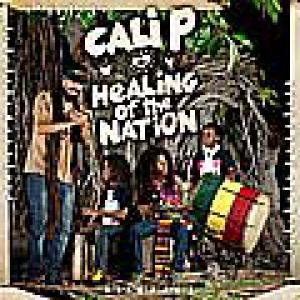 After the release of his debut album 'Lyrical Fyah' in 2008 we lost sight of Swiss- Guadeloupean singjay Cali P. His second long player ('Unstoppable', Nation Music, 2011) unfortunately didn't reach us, but now Cali P's back with this 'Healing Of The Nation' EP for which he joined forces with Swiss Hemp Higher Productions. 'Healing Of The Nation', intended as a warm-up for 'musiCALI sPeaking', Cali P's new album that should be released somewhere in 2015, features nine tracks. Those who still have to get to know Cali P might want to start with 'Wha Gwaan', a song in which the singjay quickly summarizes his entire life story. With the exception of opener 'My Home', a rather mainstream song about Africa, the rest of the tracks on this EP are all rock-solid new roots tunes. Personally we were most impressed with the solid 'Carry The Load' and the originality of the riddim used for 'United We Stand' (a great job by Teka of Rootdown Music in Germany). Yours truly is already looking forward to that new album!