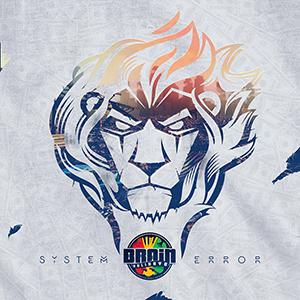 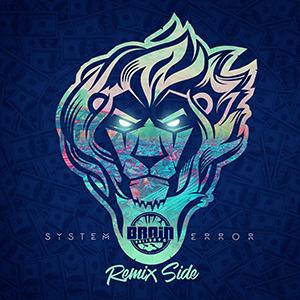 Brain Holidays is a nine-piece formation founded in Zagreb in 2000, with 'System Error', released in 2017, already presenting its third long player. The track list mainly features songs in Croatian, but also a few songs in English, content wise alternating between lighthearted subjects like spring ('#Proljeće') or being in love ('Pleme', featuring a guest contribution from Croatian rapper Baby Dooks), and more socio-critical work like opener 'Koči Me Sistem' (about the imminent downfall of the system) and 'Loše Vijesti', in which the band takes to heart the bad news show that surrounding us on a daily basis.

With 'System Error Remix Side', a remix version of the same album has just been released for which the band invited producers like Zion Train's Neil Perch, Krak In Dub, Dr.obi (who you'll probably remember from 'Bang!/Raggamuffin', the EP with Anja G, we reviewed here mere weeks ago) or the banana lovers of Banana Zvuk, each to revamp a song from the track list. The one time this results in great dub ('Another Dub', a dub version of 'Another Day', or 'Overdubbing' the double counterpart of 'Overliving', both by Dr.obi),elsewhere in dubby remixes (the Zion Train Remix of 'Guid I', the sturdy Krak In Dub Remix of 'Loše Vijesti', or the reworking of 'Sreća' by Banana Zvuk), drum & bass (the great Roots In Session Remix of '#Prolječe'), or just an instrumental version (the Marcus G Remix of 'U Oblacima'). The only song that for some reason wasn't revisited was 'Dan Za Danom', which loosely translates to something like: "Seize the day!". In recent weeks, we have been digging deeper and deeper into the reggae and dub scene of the former Yugoslavia, and so far it hasn't turned out to be a disappointment in the least!