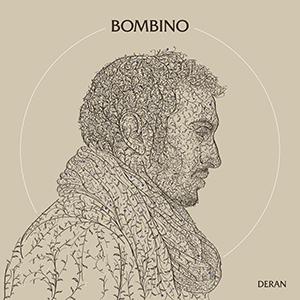 For 2016's 'Azel', Nigerien Toeareg and guitar virtuoso Bombino still took to Woodstock in the US, but for 'Deran' (Tamashek for "best wishes") he decided to return to the African continent, traveling to Casablanca where he recorded at a studio owned by Mohammed VI, the current king of Morocco. The genre that Bombino performs may be known as Tuareg blues or tichumars, but the songs on 'Deran' sound remarkably upbeat. The album opens with 'Imajghane', an infectious tribute to the Tuareg people, immediately followed by the more powerful title track 'Deran Deran Alkheir', an adaptation of a traditional Tuareg wedding song, transformed by Bombino into a message of hope in an era of great sorrow and turmoil. One of the things that make Bombino stand out from other Tuareg bands or musicians is the fact he invented his own blend of reggae and Tuareg music, a sub-genre he baptized "tuareggae", and 'Deran' also features some of those typical Bombino songs ('Tehigren', 'Tenesse'). However, our personal favorite on 'Deran' is the slightly psychedelic sounding instrumental 'Takamba', a song allowing the listener to drift away and dream of vast desert landscapes. Another small Tuareg masterpiece, especially when you know it only took Bombino ten days to finish this excellent album!