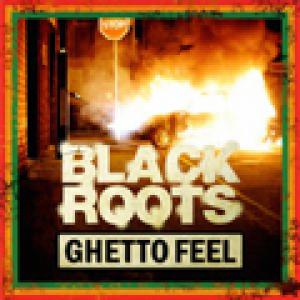 With the release of their 2012 album 'On The Ground' Bristolian reggae veterans Black Roots proved that even after more than thirty years they were still alive and kicking, but this brand new 'Ghetto Feel' album is in a league of its own. This is roots reggae as we like it best and if we hadn't known better, we'd have suspected this to be a never released gem from the 1970s or 1980s. Combine an almost perfect instrumentation (great horn section, howling guitars) with inspiring roots lyrics and the voices of Kondwani Ngozi, Carlton Smith, Errol Brown and Charles Bryan aka Delroy Ogilvie and you get 'Ghetto Feel'. It's hard to choose favorites from the track list of 'Ghetto Feel', but we'll opt for 'Lonely Journey', a song which brings to mind the style of Misty In Roots, soulful title track 'Ghetto Feel' and closing track 'Stuck Pon Waff ', a song about the decline of the British Empire ("Britannia no rule no more, sinking ship man overboard!") that in light of the upcoming Scottish referendum on independence couldn't have been more up to date. Roots gem you shouldn't pass up!