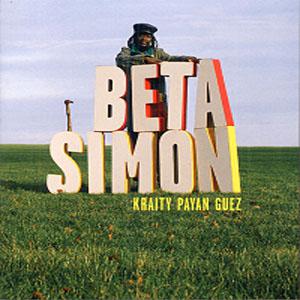 There seems to be absolutely no shortage of African reggae productions lately. In the previous months we already introduced you to Kajeem and Takana Zion and now it's Beta Simon's turn. Simon is an Ivorian reggae artist who for 'Kraity Payan Guez' got the production support of none other than Tiken Jah Fakoly. Even though there are only nine songs on this album, Beta Simon sings in no less than four African languages (Bete, Wolof, Mossi and Senufo) interspersed with English and French! Vocally the man sounds like a younger brother of his world famous compatriot Alpha Blondy; a powerful reference for this short but convincing album!