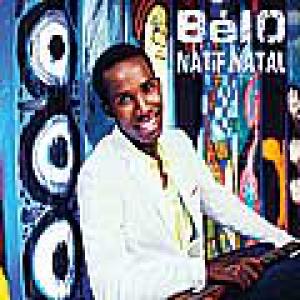 For BélO, a Haitian singer-songwriter, 'Natif Natal' is already his fourth long player. For his music, a mix of influences from jazz, rock, pop, reggae and Haitian rara (a form of Haitian festival music used for street processions, typically during Easter Week, played on a set of cylindrical bamboo or metal trumpets called vaksen, drums, maracas, güiras or güiros and metal bells), he made up the name "ragganga". BélO mainly sings in Haitian-Creole (an English song like 'Citizen Of The World' is an exception in the track list), but if you're somewhat familiar with the French language, you'll be able to pick up a word here and there. 'Natif Natal' is a delicious tropical sounding singer-songwriter album with the odd more upbeat song ('Banm Nouvel Ou', 'Pa Koute Yo') thrown in to spice things up a bit. Absolute must-have album!