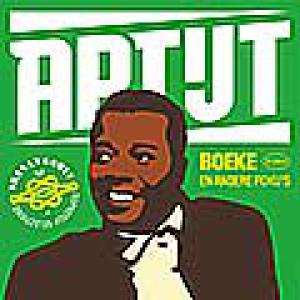 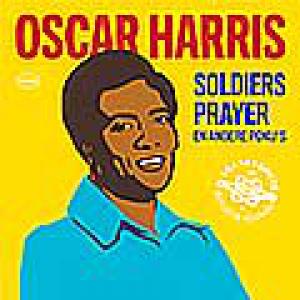 With Aptijt and Oscar Harris the Top-Notch Music label adds two big names to their excellent Sranan Gowtu series. That being said though, Suriname is just about the only thing both releases have in common.

Michael Deira's Aptijt, founded in 1995 and celebrating its twentieth anniversary in July of this year, represents the bustling sound of present day Suriname; the party orchestra play what they refer to as kaskawi: rousing rhythms with influences from both kaseko and kawina. Add to that the often sexually charged lyrics and X-rated dance moves and you end up with what could be considered the Surinam answer to Jamaican Dancehall. 'Boeke', the title of this compilation, is also Aptijt's biggest hit and a fitting closing track. The perfect soundtrack for a tropical party in overdrive!

The repertoire of crooner Oscar Harris is of a very different order is. His musical career began as a fluke when one Sunday afternoon in 1960 from out of the blue he was asked to step in for an absent Max Nijman. Even though the unexpected success of that first performance eventually also landed him an offer to play at the posh Palace Hotel in Paramaribo, Harris, wanting to become an architect, was resolute in his determination to travel to The Netherlands to complete his education. Once again the call of music proved too strong though, and his study plans quickly had to give way. Oscar tries to make it as a singer and offers his services in Club Sheherazade, a matter of the right man in the right place at the right time it seemed, as The Twinkle Stars, who also regularly performed at the club, were just looking for a lead singer. In 1967 the band scores a first modest hit with 'I've Got Witnesses', but their real breakthrough came with songs like 'T.O.P.', 'Try A Little Love' and of course 'Soldiers Prayer', opener and title track of this compilation. In 1973 Harris quits the band to pursue a solo career and in recent years he's started focusing on a more jazzy and bluesy repertoire. The songs on 'Soldiers Prayer En Andere Poku's' now sound somewhat dated, but lovers of this type of mellow tearjerkers will undoubtedly disagree.