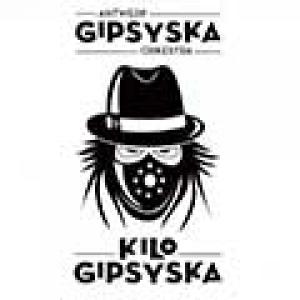 'Kilo Gipsyska', Antwerp Gipsy-Ska Orkestra's third album to date, might just provide this Antwerp based party orchestra with the international breakthrough they were looking for. Not that Antwerp Gipsy-Ska Orkestra has thus far limited itself in any way to the Belgian borders, as they already played stages from Brussels to Ulan-Ude in faraway Siberia. 'Kilo Gipsyska', stylistically somewhat similar to Shantel's hit productions, just sounds more accessible than its predecessors, a fact that undoubtedly will have something to do with the band switching from Romani to English (the French-spoken 'Peaucha' is an exception in the track list). About that choice, the band commented the following: "We simply had to take that step. Up to this album we mainly sang in Romani, something we tried to do with the utmost respect. Fact remained few people in our audience master that language. As a result, much of the emotion in our songs got lost. Now more people can understand what we sing!". With 'Misirlou' (originally a Greek rebetiko song from 1927, but immortalized thanks to Dick Dale's 1962 surf version) and 'Zvonija, Zvonija' (a tribute to the late "mother of Gypsy soul", Ljiljana Buttler, who passed away in 2010), apart from eight self-penned compositions, the track list of 'Kilo Gipsyska' also contains two covers. With 'Kilo Gipsyska', Antwerp Gipsy-Ska Orkestra finally seems to have found the perfect balance between gypsy music and reggae/ska and strengthens its position as one of Belgium's most infectious party orchestras.