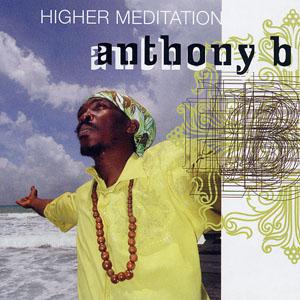 Barely a few months after his previous release 'Suffering Man' Anthony B returns with 'Higher Meditation', an album produced by French producer Frenchie containing the sort of conscious dancehall tunes that have become the singjay's trademark. 'Higher Meditation' sounds a lot more coherent than predecessor 'Suffering Man' and from that album 'No Passa Passa' is also included. The Rastafarians among you can also enjoy the voices of Haile Selassie (in the intro) and Marcus Garvey ('Honour To Marcus') and 'Tired Of Waiting In Vain' is a nice update of Bob Marley's classic 'Waiting In Vain'. Nice one Anthony!