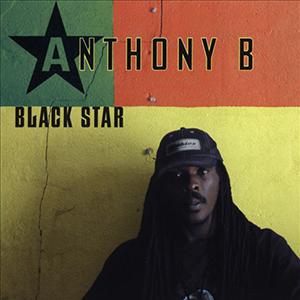 Anthony B has taken on the goal to spread the message of Rastafari also beyond the borders of the reggae music; his recent 'Unforgettable' album, full of crossover experiments with hip-hop and r&b influences, being a good example of those efforts. At the same time he realizes only too well that he can't let his loyal reggae fans down either and where yours truly is concerned, Anthony B is still at his best doing solid roots reggae or conscious dancehall songs. After his fruitful collaboration with Richard 'Bello' Bell of Star Trail, Anthony B seems to have found a new partner in crime in the French producer 'Frenchie'. 'Black Star', both a play of words on his status as a black star and a reference to Marcus Garvey's Black Star Liner shipping company, is one of Anthony B's strongest albums in recent years. The tune on this album that overshadows all other songs on the track list is without any doubt 'World', an instant hit on the popular Jamrock riddim that has hit Jamaica as a storm this summer in the form of Damian 'Jr. Gong' Marley's megahit 'Welcome To Jamrock'.