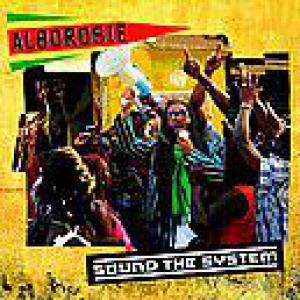 Alborosie returns with 'Sound The System', a tribute to sound system-culture ('Who Run Di Dance' is an ode to sound system-greats like King Jammy's, Jah Tubby's World System, Kilamanjaro and Caveman). The sound of songs like 'Play Fool (To Catch Wise)' and 'Rock The Dancehall' are a clear nod to the work Sly & Robbie did with Black Uhuru. On 'Sound The System' a few notable guests also make an appearance: for 'Give Thanks' Alborosie managed to convince The Abyssinians and for the vintage sounding rocksteady tune 'Goodbye' he invited his compatriot Nina Zilli (the Italian answer to singers like Amy Winehouse or Caro Emerald). When intending to cover a song by Bob Marley, one better asks one of the Marley siblings to lend a hand and thanks to Ky-Mani Marley, Alborosie takes 'Zion Train' into the twenty-first century. The first half of the tracks on 'Sound The System' are quite convincing, but then the album loses momentum; hip-hop track 'There Is A Place' featuring Kemar is still a nice exception, but the doggerels used in ganja-tune 'Don't Pressure It' are really all too simplistic ("Police come to my bella, try make she play like Masekela, I study all about Mandela, so no tell me story like Cinderella... Should I migrate to Venezuela?") and the Latin vibe on 'You Got To Be Mine' is highly unnecessary as well. That being said, 'Sound The System' still sounds a lot more convincing than predecessor '2 Times Revolution' and that will suffice yours truly.