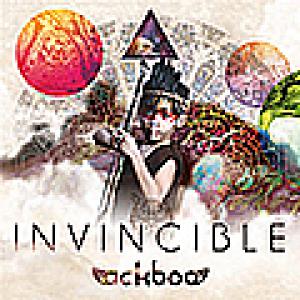 Ackboo is a young composer and producer from Toulouse presenting his second long player 'Invincible'. For the vocal parts Ackboo called on artists like Horace Andy, Solo Banton, Brother Culture, Dan I Locks, Linval Thompson and a bunch of others, asking them to draw on the album's title for inspiration: "If people listen to my music or sing along to the words on 'Invincible', they should want to unite and to commit themselves to something bigger." Opener 'Freedom' featuring Dan I Locks, is an ode to freedom and a tribute to famous freedom fighters like Nelson Mandela, Che Guevara and Patrice Lumumba, for title track 'Invincible' featuring Brother Culture Ackboo seems to have looked for inspiration in Mike Oldfield's 'Tubular Bells', and Linval Thompson was just asked to redo his old classic 'Jah Jah Dreader Than Dread'. The only female voice on 'Invincible' is that of French singer Maïcee, who more than manages to stand her ground among her male colleagues with 'Dying Inside'. Ackboo has even put some thought in the sleeve design for 'Invincible': the owl stands for wisdom and philosophy, the pyramid symbolizes spirituality and the little boy in the middle represents youthfulness and the future. An absolute must for amateur of solid digital dub vibes!