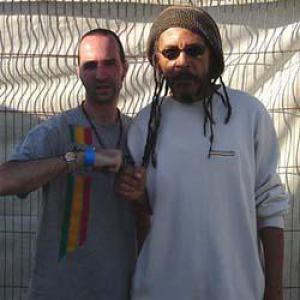 Willie, recently a great album of yours, 'Messenger Man', was re-released on the Blood & Fire label and now you are performing here. Can we say Willie Williams is back in the picture after some years of relative silence?
Willie Williams: "Well, from your perspective it might look that way, but I've always been in the business. Sometimes things happen and sometimes they don't. Like anything else, take a tree for example, there are moments that you grow and moments that you shed your leaves. It's just life, but I'm very much around doing my music though."

Appearing on festival stages around the world again and adding that re-release to that, do you feel you are reaching a whole new audience now?
Willie Williams: "Yes, in a certain way I am reaching a new audience. A lot of people were looking for my material, but they couldn't get a hold of it. That's why I'm making sure now that a lot of that material that was kind of hidden in the underground is now readily available again."

You are also one of these artists who produce and sell their own music. You got your own record label, Drum Street, and you sell your records on your website www.williwilliams.com. The music business is not what it used to be; it's a bit of a struggle even for the bigger artists, how are you taking care of things?
Willie Williams: "Well, the distribution is taken care of through the ways of modern technology. As you said, I have my own web page, www.williwilliams.com . That provides me with a lot of business all over the world. The cyber world has provided us with a whole new market opportunity and you just have to use that."

If we go all the way back to your beginnings, you were one of these legendary artists that recorded at Studio 1, but where did your singing career actually start?
Willie Williams: "Officially I did start my career at Studio 1, but before that, even from the early sixties, I already played in some smaller community bands. One band that was a little more known was The Set Takers with Bobby Kalphat, Ben Bow and Albert Griffiths who later started The Gladiators. Musically speaking I think I started out from when I was born; when I cried for the first time you know! (laughs)"

You perform conscious music. When exactly did you start to manifest yourself as a Rastafarian?
Willie Williams: "From the day I was born! It's like a banana tree. All banana trees look the same when you plant them, and you can only start telling the difference when they start baring fruit. Rasta is not something that you can fake or imitate; it's something that comes from within."

The one Willie Williams tune everyone always mentions is of course 'Armagideon Time'. With all the attention that song got, do you consider it a blessing or a curse now?
Willie Williams: "In a sense I'm just an instrument. The inspiration to do my songs just comes to me. I've always considered that song as a blessing. This type of song really tells people about the consequences of their attitude towards nature and the whole planet really. Every action brings forth a reaction!"

For the last question, I want to quote something that you said once: "Reality is what music is supposed to be about." How then do you regard today's musical trends, portraying a materialistic dream most youth will never realise?
Willie Williams: "It's the world we live in. The world portrays these things and the youth copy that. It's even more pressing and hard for the youths these days than it was in the past, because they have more media projections in their lives. When the youths will overstand the full story, they will realise the dream is over."

Does that give an extra responsibility to the artist on stage?
Willie Williams: "Sometimes yes. You have to realise that sometimes when you are talking on stage a lot of the people in the audience don't even understand what you are saying. A lot of them just listen to the riddim, but when you pay attention to the lyrics, you will hear something that is meaningful, food for thought you know!"