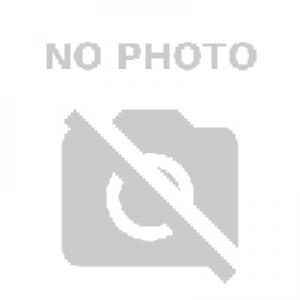 Collieman, your new album is titled 'Jungle Code'.
Collieman: "Yeah, I drew inspiration from the Rudyard Kipling classic 'The Jungle Book'. It's definitely a title that has a nice ring to it, and it also reflects my vision on society, where one always has to be vigilant or on the lookout for danger."

There's a four year gap between 'Jungle Code' and the release of your debut effort 'The Same Blood'. When you started out in music, you were still in your teens, first as a vocalist with Jah Generation, followed by chorus work for Pura Vida and immediately afterwards the release of your solo album. Was it a case of too much too soon?
Collieman: "Well, sort of… My agenda had become so full, that I was desperately longing for tranquility and simplicity again. I was studying, working, doing my music and contemplating renovating a house all at the same time! I sensed that if I wanted to live up to my musical ambitions, I'd need enough time and tranquility in order to be able to give it my full attention, but at that point I'd almost become a prisoner of my greatest passion, so I decided to put everything on hold for the time being. Last year the urge to create took over again and the result is 'Jungle Code'. The first thing I did was have a sit-down with Kris (Van Hees, trumpet, red.) and Mathijs (Duyck, saxophone, red.), both part of Asham Band's horn section, and soon after we linked up with Dutch producer Dub Shelter aka Manu Genius, who was already responsible for the mix of 'The Same Blood'. We'd stayed in contact ever since and had exchanged a lot of music over the internet in that past few years, so I knew we were more or less on the same wavelength. Since my life had become much more organized and calmer, this was the perfect moment to start contemplating a sequel to 'The Same Blood'."

How exactly has your life changed in the past couple of years?
Collieman: "Well, for starters, I've graduated, so I'm no longer studying. I've also become the proud father of a son, with a daughter on the way. Of course it took some time to adapt to that new dynamic, but I think I've managed to grow into my role as a dad. I'm also very fortunate to have a girlfriend who realizes full well that music will always be my number one passion and is prepared to accept that and support me in what I'm doing. I've got a job teaching ethics and natural sciences, and that earns me enough free time to be able to compose my music in all tranquility and without pressure. That's also what 'The Show Must Go On' is about: we're all racing through life, constantly occupied with things we don't really want to spend any time or energy on. When in the song I go: "…got to fix this, finish up that, prepare for tomorrow, would rather sit back…", that's what I'm referring to. That song is meant to make listeners aware of the fact it's sometimes better to let go of certain things and revert to a simpler way of life; a life philosophy that's only benefitted me so far!"

In 'The Show Must Go On' you use a so-called talk box, reminding me of the P-funk era of the nineteen seventies or the G-funk revival of the nineteen nineties - think 2Pac & Dr. Dre's 'California Love' - but apparently the gadget being revived once again?
Collieman: "Yeah, it's been used in quite a few recent songs, but I think we really owe the whole revival to Bruno Mars who used it in the intro of his hit '24k Magic'. That being said, I still vividly remember those West Coast rap G-funk days. Those tunes are part of the music I listened to growing up, so feel free to call 'The Show Must Go On' a salute if you want."

You've ended your collaboration with Asham Band and for 'Jungle Code' put together an all-star team of musicians. How did you go about finding and selecting them?
Collieman: "We call it The Collieman Collective and, to answer your question, we, meaning Kris, Mathijs and myself, just started brainstorming one summer evening. Whilst enjoying a couple of beers, we compiled a shortlist of musicians we would most like to work with. To our surprise, when we contacted them, most of them needed little convincing. We started rehearsing and already played a few tryout shows in 2017, including the one with Protoje at Openluchttheater Rivierenhof. There's still room for improvement, but the band definitely has potential."

Listening to the tracks on 'Jungle Code', you clearly matured in those past four years. How do you now look back on your debut album 'The Same Blood'?
Collieman: "I'll always remember it as a big adventure. For 'The Same Blood' we recorded everything live in one studio, and that definitely creates a special vibe. That being said, I don't think all tracks on 'The Same Blood' attained the same level, and that's something I felt we succeeded in on 'Jungle Code'. Apart from that, of course I've noticed I've matured as well. My singing style has evolved. If I listen back to the songs on 'The Same Blood', I hear someone who's still quite timid and slightly self-conscious, whilst during the recordings for 'Jungle Code' I mostly felt an exhilarating sense of freedom. These days I mainly focus on the general vibe of a song, when before I was constantly paying attention to stay on key! (laughs)"

In 'Still Standing', a statement about your "resurrection" after a four year hiatus, you state: "Inna Belgium it no easy to be a reggae artist!".
Collieman: "Yeah, I've always had the feeling it's quite hard to make it abroad as a Belgian reggae artist. Belgium is a small country and on top of that there's the language barrier between Flanders and Wallonia to contend with. Even crossing that "border" is far from evident. Not being able to pierce countries like France and Germany that both have bustling reggae scenes, doesn't exactly boost morale. The song is also meant to encourage other Belgian reggae artists; it might not be easy to maintain a career as a reggae artist in this country, but we're all still standing, each doing our own thing."

Nevertheless, you don't sing in Dutch but opted for English instead. One should think that would make things easier when trying to pierce the international market.
Collieman: "Well, if we look at reggae music on a global scale, I fear for most people Jamaica is still the main point of reference. Countries like France, Germany or the US all have a bustling reggae scene of their own, so people over there aren't necessarily waiting for an unknown singer from Belgium."

For 'Political Syndrome' you shot an accompanying clip. Is that also with the idea of trying to reach a broader, more international audience, in mind?
Collieman: "Sure, but it was also a great way to make a fresh start. We've entered an era where audio alone doesn't cut it anymore; being visible also matters and youngsters are scouring YouTube all day long looking for new videos. And of course a clip can also add strength to the lyrics of a song. The clip for 'Political Syndrome' was a first attempt, but I'm definitely up for more!"

Now we're talking about the visual side of things… For the beautiful sleeve design of 'Jungle Code' you called on Missing Link and Juli Jupter. Why them exactly?
Collieman: "I kept seeing their wonderful flyer designs left and right and got really intrigued with their work and the organic vibe it radiates. They are two very artistic individuals and I'm a bit of an art lover myself. I just contacted them one day, asking if they'd be up for designing the sleeve for the album, and to my joy they both said yes. I'm over the moon with the end result, so a heartfelt big up to Missing Link and Juli Jupter!"