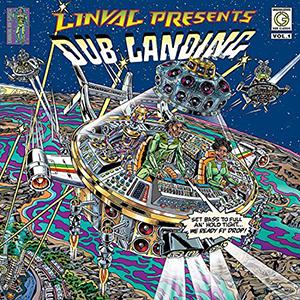 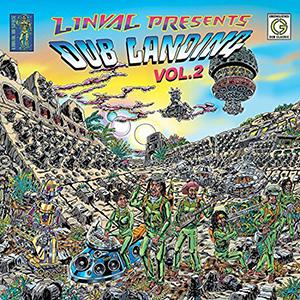 Back in 1996 Greensleeves reissued 'Linval Meets The Space Invaders' with 'Linval presents Space Invaders', an iconic 1981 dub album for which Linval Thompson drew inspiration from the world of computer games and science fiction. For the occasion, the ten original dub tracks were supplemented with a second disc with an equal number of vocal cuts over the same riddims, and the label now does the same for 'Dub Landing Vol. 1 & 2', two albums released after the great success of 'Linval Meets The Space Invaders' on the Starlight Records label of brothers Desmond and Ben Up and their cousin Popsy, who're still running their record business of the same name in Harlesden, in the north of London. 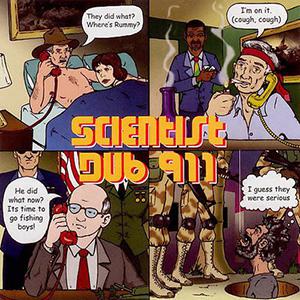 This album must have one of the most amateurishly done album covers we've seen in months and on top of that the 911-theme makes 'Dub 911', an album by dub-grandmaster Scientist, seem somewhat dated.