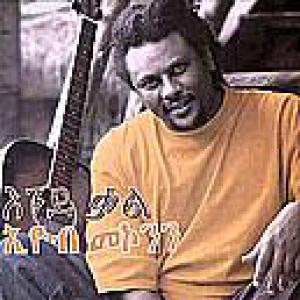 End of August news reached us of the untimely death of Ethiopian reggae singer Eyob Mekonnen who had succumbed to the aftereffects of a stroke in a Kenyan hospital on August 18th. A breakthrough in the West is no longer an option, but a review of his 2010 debut album 'Ende Kal' ("as a promise") we didn't want to withhold. To Western standards 'Ende Kal' is produced pretty kitschy in parts (with the dominant keyboard sound so typical for contemporary Ethiopian music), but Mekonnen's voice makes up for any defaults. Apart from reggae 'Ende Kal' also contains Ethiopian pop ('Yemeder Dershaya', 'Rekeda') and even a Western sounding pop-ballad ('Yene Konjo', a duet with Zeritu Kebede). The riddim used for 'Wekil Nesh' is strongly reminiscent of Stevie Wonder's 'Master Blaster (Jammin')'. Eyob was born in Jijiga, capital of the Somali region in eastern Ethiopia. Later Mekonnen moved to Addis Ababa where, before venturing into his solo career, he was a member of Zion Band. Eyob Mekonnen was 37.