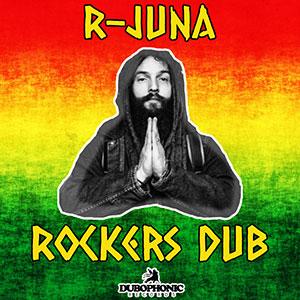 As was the case in 2019, Dub-O-Phonic concludes 2020 with a release from American DJ and MC Roy Waterford aka R-Juna. 'Rockers Dub' features 10 new productions with four dub reworkings of classics from rock and pop history standing out. 'Franklin's Dub' and 'Fire On The Dub' are dub versions of Grateful Dead's 'Franklin's Tower' and 'Fire On The Mountain', for 'Seven Nation Dub', R-Juna did the same with The White Stripes' 'Seven Nation Army', and 'Riders On The Dub' is of course a dub version of the great Doors classic 'Riders On The Storm'. Meditative dub vibes, R-Juna style!