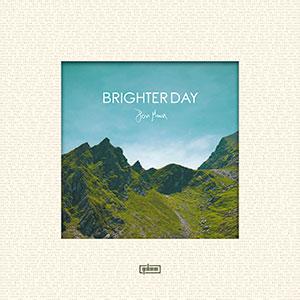 Yours truly got to know Berliner Jon Moon in 2018 thanks to the release of his full-length debut 'Trust'. Moon now returns with this 'Brighter Day' EP.

The title track was already released as a single in May of this year and is a heartfelt plea to all those who are struggling in these restrictive COVID-19 times:

InI will see the sunshine if we just keep holding on
And I can see the way is clear now so we must keep moving on
And whenever you're in trouble reach out and take my hand
We're gonna see a brighter day, far away, in the promised land

The influence of Benjamin, and by extension Virgin Islands roots, is also evident elsewhere on the EP, for example in the slow and meditative closing track 'Meditation'.

One of the vocal guests on 'Trust' was South African singer Crosby Bolani, and together with Azania Band, this time he can be heard in 'Economical Crisis', a song that undoubtedly will become the perfect soundtrack to the obstacles awaiting us in the coming months and years.

The EP concludes with two excellent dub versions of 'Praise Jah' and the aforementioned 'Messenjah'.

In our review of 'Trust' we still described Moon as "a promising new German reggae talent" and with this very enjoyable EP we only see our confidence confirmed!